Having started my project to cycle to all the forts in and around Mumbai, there was one fort that was on my list that was left to be discovered – and ironically it was one of the most iconic forts of Mumbai. Fort George is the only remaining vestige of the Bombay Fort that was built by the British. As the map below shows, It was originally a smaller but better protected part of the larger Bombay Fort, that extended from Fort George to Dock Yard. 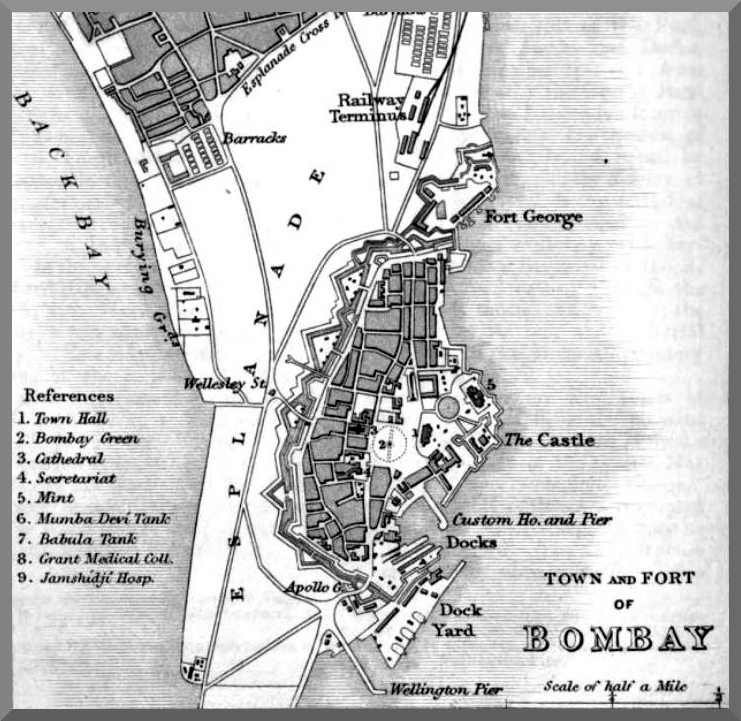 The British built up the entire Bombay Fort with a total amount close to £300,000 spent on the fortifications and improvements. Fort George itself was built later in 1760, when Sir Archibald Campbell, Chief Engineer in Bengal, was sent to Bombay to make the place as strong as possible. Fort George was built in place of the erstwhile Dongri Fort and was provided with bomb proofs, covered ways and magazines (ref: A handbook for India. Part ii. Bombay, publishers: John Murray – January 1, 1959).

After the fall of the Maratha empire in the battle at Kirki in November 1817, the British had established themselves as effective rulers of the region. In 1964, the walls of Bombay Fort were removed to make way for commerce. However, part of Fort George was retained and is still seen today within the compound of St. George Hospital

I discovered this hidden historical site during my weekend cycling adventure:

The fort is located behind the CST Railway station

On P. D’Mello Road, as you pass the gates of St. George Hospital, there is a public bathroom next to which is the fort

When you visit the fort building, there is a small reception area and the main building next to it

The place is occupied by the Directorate of Archeology and Museums, Maharashtra State

It is now a protected monument and will hopefully be maintained

The shape of corner of the building

I met the person who is in charge of security for the fort who stays there.

See below for the cycling route and location of the fort: