The Central Railway Hospital building in Byculla has an interesting history that is not widely known – this was the initial location of two premier educational institutions in Mumbai – Elphinstone College and VJTI! Read more →

The World of Mathematics is an interactive eBook available online and on mobile devices. Created by Philipp Legner, it is nothing short of a piece of art! A must-see for anyone interested in Mathematics – and more so for those who hate Mathematics Read more → 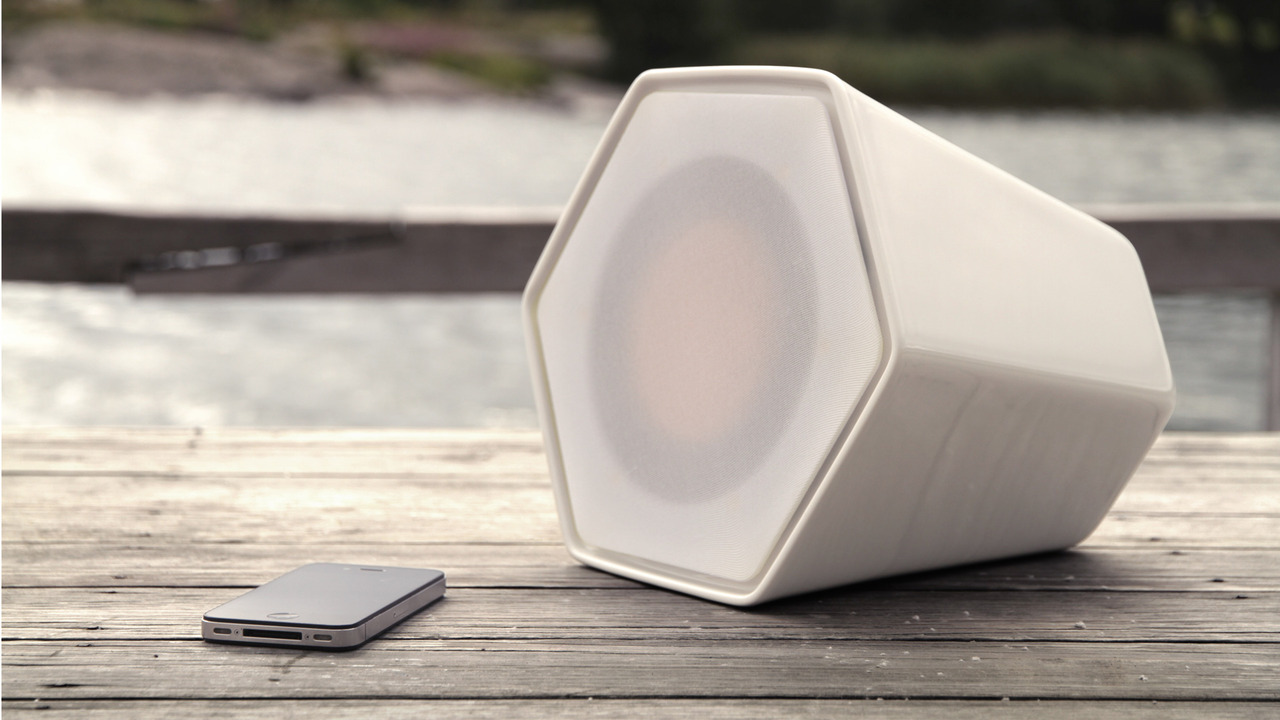 The Unmonday Ceramic Speaker is an independent Airplay speaker, which features a patented hexagonal ceramic enclosure that delivers sound through electronicss that have no visible parts. The uniqueness in the design is not only its wireless feature, but its integrated motion sensor which determines the speaker’s position. This sensor allows two things: assignment to one of five Dolby Surround sound channels upon rotation of the device, while eliminating any moving parts or hardware buttons that the user has to press. 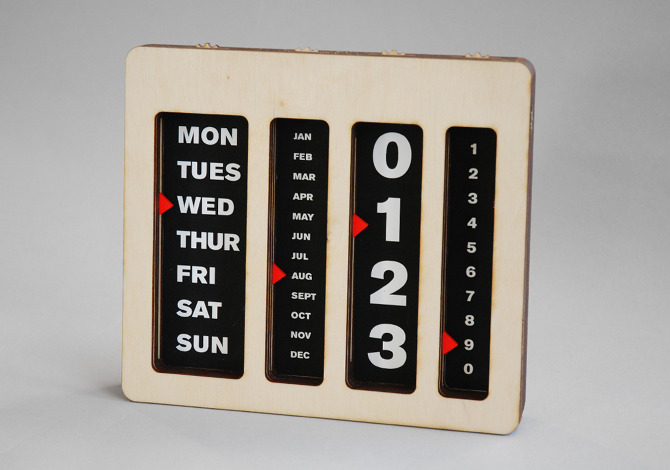 This perpetual calendar requires no batteries, looks better next to your bedside table than a noisy iPhone and is basically the grown man version of the Nickelodeon alarm clock we all grew up with. A.K.A. – everyone is going to be jealous. 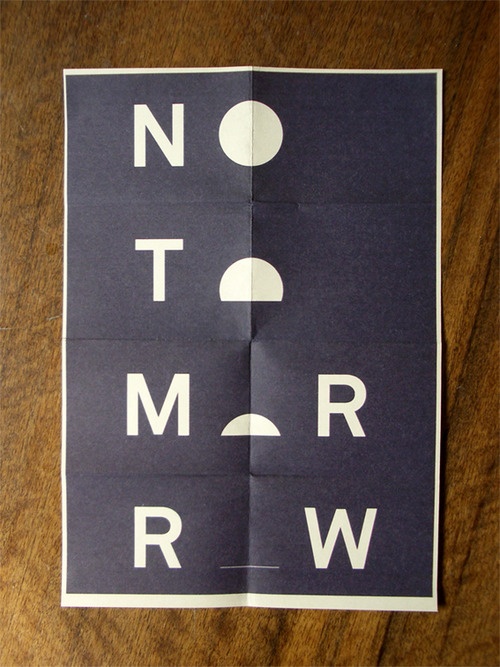 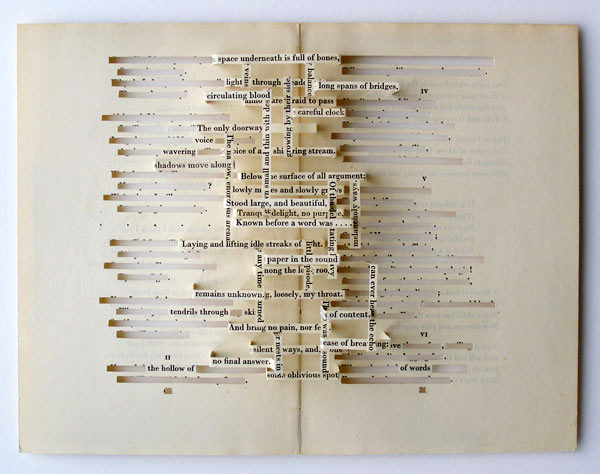 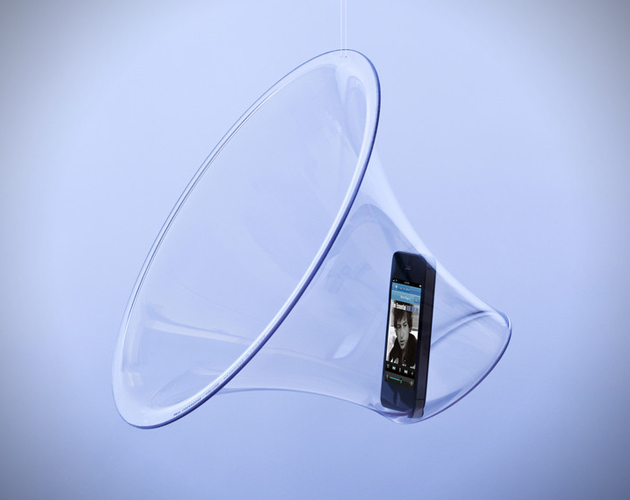 A simple way to amplify your music! 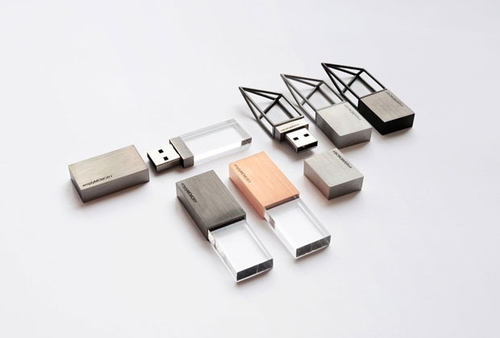 “Empty Memory from Logical Art visualizes the abstract space of electronic memory, allowing its owner to fill the voided space with their invisible data. Since flash drives have continually decreased in size while adding space, the hollow area poetically implies the “invisible technology.”

The 4G flash drive is designed as jewelry and comes in two forms: Structure, which features a geometric frame, and the Transparent style, capped with clear acrylic. The pieces are cast from stainless steel and hand finished in black, white or a rose gold.”

All Stacy Zoern wanted was a car she could safely drive on her own. Born with a genetic condition called spinal muscular atrophy, the intellectual property lawyer uses a wheelchair to get around her downtown Austin neighborhood and calls friends when she needs a ride. So when Zoern, 32, read an article in the spring of 2010 about a tiny electric car designed from the ground up to be wheelchair accessible, she called the Hungarian company that made it and tried to buy one. But the company had halted production right after it completed the prototype. “Their bank loan had fallen through,” says Zoern.

A year later Zoern had raised $2.5 million, mostly from private investors, and bought the company so she could bring the snappy one-seater to market. To get inside theKenguru (pronounced kangaroo), the driver presses a remote control, and the back hatch pops up. A short ramp descends, and the wheelchair user can roll right into the driver’s area. Drivers accelerate and turn using motorcycle-style handlebars. The 1,200-pound vehicle, which looks similar to a SmartCar, travels at a maximum speed of 25 mph and has about a 50-mile range before its lead-acid batteries need recharging. Because it’s registered as a neighborhood electric vehicle, owners don’t need a driver’s license, but can travel in regular car lanes where the speed limit is 45mph or less. Zoern just began production on the $25,000 Kenguru, which is currently sold only through dealers in Europe. She says she expects the cars to be available in the U.S. within the next year.

This Awesome Tiny Car Has A Secret: Its Driver Is In A Wheelchair 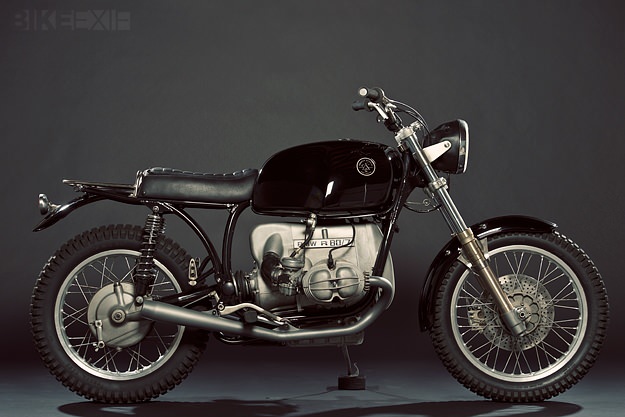 This bike designed by Crowe Customs of Portland, OR is all you need for that “get out and hit the road” lifestyle you’ve been day dreaming about in your cubicle.

We’ve already shared our favorite items from Ikea’s 2013 product catalog, but what we didn’t know was that as of July 31st, the catalog itself will be an interactive product of the latest augmented-reality technology.

iOS and Android users who download the Ikea catalog app, will be able to unlock video features, interactive experiences with products on the page, photo galleries and additional decorating inspiration.

Developed by the creative agency McCann, the AR app is a project that the Swedish build-it-yourself furniture empire has been working on for quite a while, since 2011 when they first expressed interset in bridging the print/digital divide. Linus Karlsson, Global Chief Creative Officer of McCann, explained to Wired that replacing the paper catalog with an entirely digital product wouldn’t make sense, “If you had a magazine that had 211 million copies in circulation, you just would’t end it. That would be crazy.”

With this added digital layer, shopping Ikea’s collection will become a little bit easier—an “X-ray” feature allows you to peer inside cabinets, for example, making a trip to the brick-and-mortar store potentially unnecessary. (Not enough of Ikea’s collection is available for purchase online to cut out a trip to the store entirely.)